An Interview with Jonas Olafsson, University of Stockholm

We were privileged to speak with Jonas Olafsson of the University of Stockholm in an AbScent Tuesday night webinar. Here are some excerpts from his presentation:

CK: Whether tiny organism or human being, the chemosenses provide a privileged interface with which to read the environment. Why is this? Olfaction is different from vision and hearing in many ways. What gives olfaction its privileged, but often unrecognised position?

JO: Olfaction, or chemosensation, is present in all branches of evolution. Even amoebas and yeast can ”smell” – perceive and transmit chemical signals. It's the most fundamental way to interact with the environment.

The smell system that humans have is thought to have been more or less finalized in the early mammals (about 200 m years ago). They lived alongside the dinosaurs, and some of them were forced to hunt and forage in the nighttime. When it is dark, a keen sense of smell comes in handy!

In ”later years” (the last 10m), the primate brain has expanded, in particular the surface area, which makes our brains much more ”wrinkled” than other brains. The surface area (cortex) contains vision and audition, touch and motor areas of the brain, but smell is located below the cortex. In the cortical senses, the signals have to go through a lot of processing and filtering, whereas smell shoots straight into our emotional and memory regions below the cortical surface. We live in a culture that focuses on objectivity and analysis, but the sense of smell is regarded as subjective and synthetic. There is also a gender roles element to this; men are on average less interested in olfaction. I think that are some of the reasons why it does not get enough credit.

CK: What happens to the brain when smell messages stop coming in to the olfactory bulb? The brain is plastic, so how does it respond when olfactory stimulation ceases?

JO: Animal research has shown that smelling is important for neural recycling process in the olfactory bulb. So the structure is slowly degenerating. The positive side is that the effect is reversible. When we start smelling again, the olfactory system ramps up again, and you can see from MRI scans that the bulb is getting larger again. My colleague Joanna Wu plugged the noses of her volunteers for a whole week, and studied the effects on the brain. What happened was that the piriform cortex were unable to recognize the old patterns of familiar odors . But, interestingly, the orbitofrontal cortex, a ”higher” multisensory region, came to the rescue and seemed to retreive these patterns so that the odours could be recognised again. Participants´ performance on smell tests were actually not very affected by the deprivation.

JO: It is a common mistake to think that ”smelling” is just one thing. Think of everything we can do with what we see; we can classify visual objects (furniture, people, cars, food, etc), we can evoke memories and feelings, we can make inferences from the relationships between objects and their surroundings (e.g. person X drives car Y, so she must be rich!). When it comes to smelling, we dont know as much about our own capabilities.

I have found that the perceptual cascade has 4 phases. First, we detect that something is there. This happens quickly and requires only a weak signal from the bulb into the brain. But the brain does not know what is going on yet. Second, we recognize its quality. Already at this stage things become complicated, because although every smell is different, the brain tries to fit smells into a known pattern. This pattern is referred to as an ”object” or sometimes an ”attractor network”. This happens without our awareness, but some researchers think it is the reason why we know that coffee smell is coffee smell even though all coffee smells are a little bit different to the nose; it fits with a familiar pattern. This type of order is created in the piriform cortex, it is not present in the bulb. After the object stage, we determine the emotional value of the odour (stage 3), and its edibility/toxicity (stage 4). This order is important, because if we get confused at stage 2 (objects), perhaps because of a misleading environmental cue, we might think that the cheese is vomit, and stages 3 and 4 get very different outcomes.

This is just what happens in the first second after smelling. What happens after that depends more on what we are trying to accomplish; are we tasting a new wine and trying to come up with a smart way to describe it, or are we trying to suppress the smell of a public bathroom at a rock concert? There are many ways to process smells, and psychology researchers like me are trying to simulate different processes in the laboratory.

CK: If you were able to look inside the brain of a patient who is partially recovered from smell loss and had been smell training, what would you expect to observe?

JO: I would expect changes to happen both inside the olfactory cortex and outside of it. In the piriform cortex, I would expect nerve cells to start reconnecting to each other, recovering the patterns that used to be there, but that were weakened by the smell loss. In the olfactory bulb, I would expect the neurons to grow more and longer branches, so that their communication is improved. We might also see that capillaries, tiny blood vessels are growing, to meet the increased demand for oxygenated blood. This is likely what shows up in brain scans when training leads to enlargement of brain regions.

But I would also look beyond the olfactory system! We have trained older people on a smell memory task for 40 days, and studied their brain activity before and after. What we found is that after smell training, but not after visual training, there is a core network in the brain that becomes more activated. This network is not considered part of the olfactory system, but it is involved in higher cognitive functions. Those who got this brain effect from smell training also got an improvement on a visual memory task. So, I am starting to think that smell training can have very powerful effects on the brain more generally.

CK: Can you talk about the top-down effect of Smell perception (sommelier effect)? How can this be used by patients who are smell training?

JO: Perception is never passive, it is always a give-and-take between what comes into the nose, the sensory input (”bottom up”), and what our brains are able to do with this information (”top-down”). In fact, my research shows that perception begins even before we start smelling. When participants get a cue that they might smell lemon, the brain starts preparing for lemon. This happens even though they know that half the time there will be another smell and their job is to press buttons for whether the smell was matching with the cue or not. Because the brain is prepared for a particular smell, they are faster when the smell happens to be lemon. In fact, this ”priming” effect happens even if there are only 2 odours in the experiment. We think this is a really important feature of the olfactory system, the ability to predict what we are going to smell. The brain is always trying to predict what the next smell will be, and it is very good at it. I think that this is why we often forget about all the familiar smells we encounter every day. If you think about it, most of our smell experiences happen when we smell something unexpected – good or bad!

My team is working on implementing the top-down effects in a smell training app, because we think they can be harnessed to benefit smell training. We are looking for volunteers who would like to try the app and give us feedback. The app is free and you can use odors you have at home, for example the AbScent smells, or your favorite spices or tea flavors. Email us at StockholmSmellTraining@gmail.com to get more information. 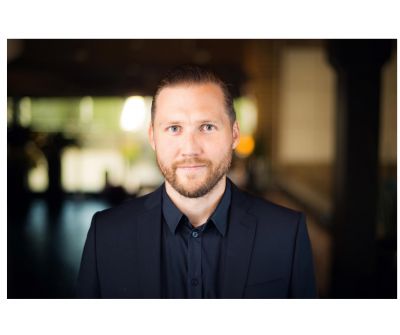 Why how you smell is more important than what you smell for effective smell training.

Traumatic brain injury is a common cause of smell loss, but smell training can help.

Introducing NoseWell, the online resource for COVID-19 patients to manage the recovery of smell and…

COVID-19 continues to dominate the headlines, and if membership of our COVID-19 facebook page is…

How long will it take to feel better?