How the AbScent community improved our understanding of parosmia 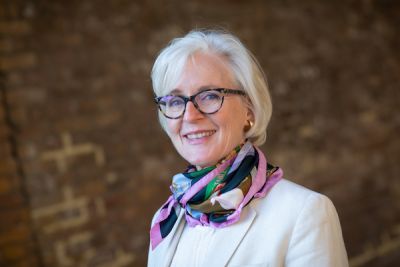 AbScent's founder, Chrissi Kelly talks about the Sense of Smell Project and how the AbScent Community has played an important role in understanding more about parosmia.

" When AbScent first opened its doors to the public in June of 2019, well before the pandemic, an important survey was incorporated in the website. Called the Sense of Smell Project, this survey asked questions about some of the many facets of smell loss that had been discussed in the first AbScent Facebook group.

Writing surveys for scientific research has to be done carefully, and AbScent joined forces with Professor Thomas Hummel of the Technische Universität, Dresden. Robert Pellegrino, now of the Monell Center in Philadelphia, joined the project as well. The University of Reading was also included in this study because of their ground breaking research into parosmia.

It was very important to AbScent to be able to evidence the aspects of life with smell loss that were being discussed in the forum, and dig a little deeper into two little known symptoms of post-viral smell loss: parosmia, the distortion of smells, and phantosmia, phantom smells where no odour is present.

As people visited the new website for assistance and information, they were asked to fill in the questionnaire. Six months later the pandemic hit. Responses to the questionnaire soon counted into the thousands, and interestingly, we were able to make a picture of parosmia and phantosmia both before Covid, and as a result of Covid.

What did the study tell us? Were there any differences in the two groups?

Key to this research is the AbScent community involvement

"The article, published in Chemical Senses, shed new light on the so-called qualitative disorders that often go with acquired smell loss. The findings show that 46% of people who experience smell loss experience qualitative disorders:  parosmia, phantosmia or both. This is an important finding because people also reported changes to their quality of life that were associated with these conditions. Here is a summary of the findings.

Key to this research is the AbScent community involvement at two stages. First, in general discussion within the forum, common themes were generated. With the help of the researchers, these were put into the survey so that more could be learned about what people were reporting.

Secondly, the thousands of people who responded to the survey volunteered their story. This research takes these stories and makes sense of them so that other researchers can better understand the patient experience.

Learning about parosmia and phantosmia is still in its infancy. AbScent will continue to work with its community and researchers to build up a picture of these disorders. We hope you will continue to give your support to make this happen."

A new review of current knowledge on parosmia and phantosmia has been published.

Our snapshot of 2022, from groundbreaking research to our first smell training masterclass.