Doctors recommend smell training to support the recovery of smell loss especially following a virus like Covid-19. But we often get asked: does smell training work for parosmia too? The answer appears to be yes, thanks to a study led by Dr Aytug Altundag, a leading researcher in the field of olfaction, based at the Biruni University School of Medicine, Istanbul, Turkey. 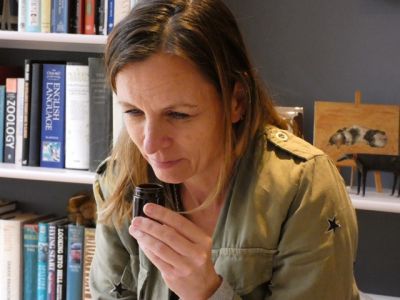 Much of Dr Altundag’s work looks at the benefits of smell training with a greater number of different odours. He calls this Modified Olfactory Training, and his research demonstrates that changing the smells you train with every three months leads to a better outcome for smell recovery.

In this study, participants were asked to begin with scents of eucalyptus, lemon, clove, and rose twice a day for the first 12 weeks. For the next 12 weeks, the scents of menthol, thyme, tangerine, and jasmine were used. During the last 12 weeks, scents of green tea, bergamot, rosemary, and gardenia were used.

75 parosmia patients were tested for their ability to smell at the beginning of the study. In addition, they were also asked to answer questions about their experience of parosmia. These tests were repeated at the sixth month and at the end of the nine month study. The participants were then split into two groups; one group chose to do daily smell training, and the other group did not.

The research team saw that those people who had followed a programme of Modified Olfactory Training over nine months:

Interestingly, the biggest improvement for parosmia came during the last three months of the study. At six months, parosmia symptoms had not improved much, but by the end of the study, parosmia was seen to be significantly reduced in the smell training group.

This result suggests that longer periods of smell training should be applied to improve parosmia compared to anosmia, or loss of smell that’s not characterised by parosmia.

ENT surgeon and AbScent trustee, Simon Gane welcomed the study. “We recognise that parosmia is a good indicator that the sense of smell is recovering. It makes sense that as smell training supports recovery, it will also reduce the symptoms of parosmia. It’s really encouraging to see that idea supported by research.”

In spite of a recent article, there is no reason to link Covid-19 smell loss and dementia
Sign up for our monthly e-Newsletter for events and news about smell disorders