When a patient thinks they can't smell anything when they really can... 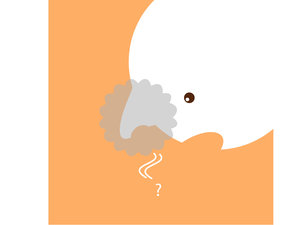 Why it is that a patient can feel they have absolutely no sense of smell, when in reality there is a glimmer of hope?

A man contacted me not too long ago for a guided smell training appointment. He told me he could neither smell nor taste and that this had made his life unbearable. After checking how he lost his sense of smell—a virus—we agreed he would come to me for a two-hour smell training session.

Before a course, I ask patients to fill out a self-assessment form. This is a list of items that might be found at home, with some extra additions for different environments like the country and urban areas. The idea of the self-assessment is to make a judgment on whether any smell at all can be experienced, and whether or not that smell is distorted. What I quickly realised is that this smell assessment did not just serve as a way to fix in time just where recovery was, but also encourage a smell exploration at the same time. Many people seem to acknowledge their smell loss, switch off from smell, and turn away from the experience of smell completely.

John (not his real name) arrived that afternoon and sat down at my dining table where I had assembled all my tools. We discussed what had been going on in his life since smell loss. How had it affected him? Where were the greatest challenges? He had experienced profound bereavement at losing this most underrated sense and life was drained of its pleasure. After hearing his story, we moved on to the practical side of the session, and I asked if he had brought his self assessment form. “No,” said John, “I didn’t bother because I can’t smell anything”.

I have had many conversations with ENTs and researchers who all confirm my experience in these situations. Almost everyone misjudges their sense of smell. Those of us with a damaged sense of smell almost always underrate it. On the opposite end, many who claim to have a superior sense of smell don’t perform as well on tests as they think they should. So what’s going on?

When he reviewed the smells in my smell library of 80+ bottles of essential oils and malodours, John was able to detect the presence of a smell in roughly 70% of the samples. They were mostly distorted or did not provide enough information for him to recognise them as “true”. He was actually able to identify about 20% of those smells.

What I wish to highlight here is that many patients perceive their sense of smell to be poor or even non existent. In reality, they do have some use of their olfactory nerve, but for reasons that are still not clear to me (and I was guilty of this myself for some time), they were not awake to their experience. Their Sniffin’ Sticks test scores might have been improving, but they perceived their progress, and sometimes their sense of smell, to be non-existent.

John arrived for his smell training session convinced that he could “not smell or taste anything at all”. He left having been shown that he indeed did have some amount of function in his olfactory nerve, and that smell training might be effective. He was elated. And he felt more empowered and energised to begin smell training. The principle of smell training is simple enough: to help the nerve to regenerate, it must be stimulated. Read more about that here.

But the first step in helping smell loss patients is to help them understand what exactly they can smell. It often comes as a surprise. 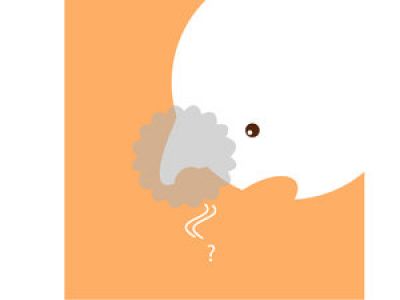 Surprising results from an investigation into brain activity of TBI patients.

Finding pleasure in cooking and eating

Smell disorders can take all the pleasure out of cooking and eating. This free recipe book gets you…

Covid-19 has highlighted the need to treat smell disorders seriously.

New research investigates how biologics could help patients with CRS.

Breakthrough in understanding the causes of parosmia.
Sign up for our monthly e-Newsletter for events and news about smell disorders