Focusing on the flavours that enhance food 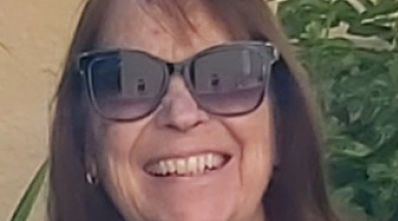 Christina first developed anosmia after a virus 15 years ago. When this developed into parosmia, she decided to start growing herbs and vegetables at home and mindfully focused on their aromas in her garden until she found satisfaction in eating again.

Given my passion for food - I love to grow it, preserve it, cook it and the biggest joy, eat it - the loss of sense of taste and smell came as the biggest shock.

After a vicious virus in 2006, my husband and I suffered anosmia. Living in Spain, the ortohinolaryngologist evaluated with a nasal laryngoscopy,  an MRI scan (mainly to dismiss a brain tumour) and prescribed cortisone injections and tablets.

When the condition worsened to parosmia, ageusia and dysgeusia, he explainined that the olfactory  nerve had been damaged and that receptor nuerons were sending false signals to the olfactory bulb,  whereby he recommended a zinc ointment and a nasal corticosteroid spray.

To say life became gloomy is an understatement. Having spent hours preparing delicious meals for over thirty years, I wasn't quite sure how to respond to this new chapter in my life. Food was not  being identified while taste and smell were distorted so badly it was impossible to cook. In time, the disorder improved and we were left with fluctuations - sometimes food tasted of nothing, sometimes it tasted disgusting.

Missing life's simple pleasures provoked an emotion of impending nothingness and an all-time low.  The one consolation - the specialist told us the nerves could regenerate. With that hope, we set our minds to confront it.

Determined not to let the unknown mystery get us down, we quizzed each other on what we could smell - strong herbs and flowers from the garden - and what we could taste. A balance between naturalness and highly tasty wasn't exactly straightforward, and I found myself going into the  kitchen in a state of an impending frenzy. But with a trial and error approach, I experimented with  different foods until I found satisfaction with eating. Not an easy task!

I feel privileged that I was in a position to explore food freely since I grow my own, and since then I have started to grow the fruit and vegetables that enhance flavours. Fresh ginger is my salvation. It  goes in everything, from edible smoothies to soups; cooked with fish and vegetables, candied for cakes, or just added raw.

There were ups and downs, how many peope in their adult lives have to reinvent their perception of  smell and remake their awareness of taste? After four years, normality returned to a certain degree, albeit in good waves and bad waves.

At that time, I had never heard of anyone with the same disorder, but when I heard about AbScent this year I was delighted. Last October I had an accident and banged my head badly; it triggered the  anosmia and parosmia again, and I am currentling battling the condition again. Fortunately I'm aware that it will get better with time, and am resolute to enjoy the senses I have intact.