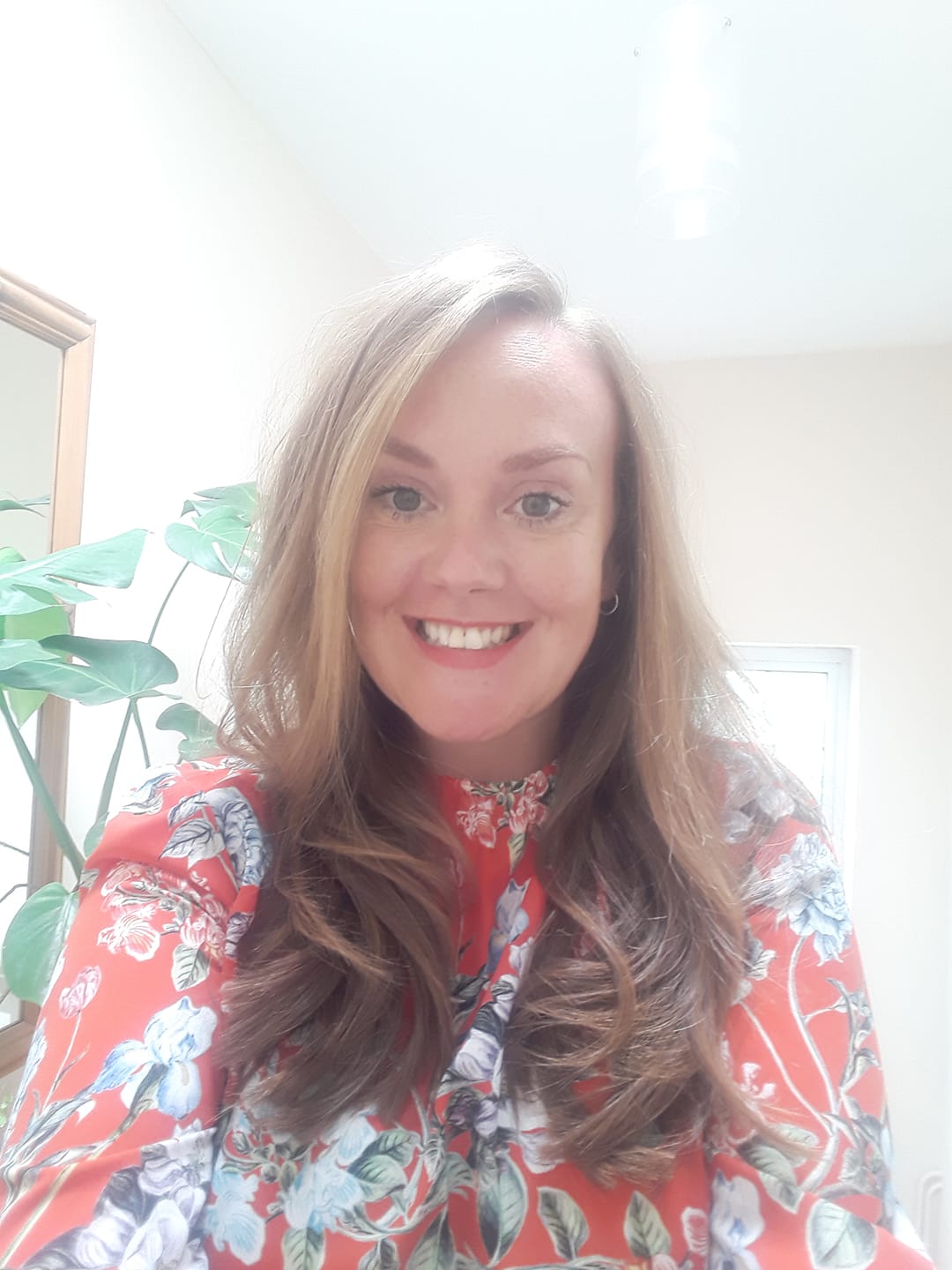 Kirsty developed parosmia in January 2021, a couple of months after she lost her smell and taste through Covid-19. She describes the smell that has haunted her through the whole experience, and how she remains optimistic about recovery.

Parosmia started about three months after a confirmed COVID-19 infection. The only symptom I’d had was the total loss of taste and smell, and when a few weeks later these senses started to return (albeit faintly) I was over the moon. I just carried on with my normal happy life.

It was at the start of the new year in 2021 that I first noticed ‘the smell’. I’d been away for Christmas and returning to my little flat in London there was just this absolutely awful smell.

I live alone so there was nobody for me to ask ‘oh what’s that?’. My downstairs neighbour has been known to smoke in his flat, so I thought maybe it was that, and tried to forget about it.

Then I noticed the smell was everywhere. It was in the street. It was in the supermarket. It was even in the office. I started to realise something really wasn’t right. Everything smelt the same. The smell of coffee was all of a sudden the same smell as an egg, or as my laundry, or as bleach. The same absolutely repugnant smell.

By this point I was getting really frustrated, and worried. Even walking past a coffee shop was hell. I was opening the washing machine and having to steal myself as I knew it wasn’t going to be the smell of lovely fresh washing coming out.

I named my smell ‘The Black Cigar’. The smell was dark, dirty, all encompassing, it tinged EVERYTHING, just like someone was smoking a big fat cigar behind me everywhere I went.

I did a quick google, and that’s when I found it. Parosmia. There was a whole world of people online describing my exact experience, almost word-for-word, on the same timeline, and many of them were also post-COVID. Finally I had an answer.

I read some more about Parosmia, and took great comfort in knowing that it does get better, it takes time, and optimism, and perseverance, but it was actually (possibly) a sign of my body recovering. It was my brain learning to smell again.

But, for me, it kept getting worse. Everywhere I went it was there. And I noticed smells were kind of getting ‘stuck’ in my nose. Nail polish was the worst, and I love painting my nails. The smell of the nail polish would hang around for days. Only it wasn’t the smell of nail polish of course, it was The Black Cigar.

Living alone made Parosmia even harder. I’d wake up in the night surrounded by The Black Cigar but I wouldn’t know what it was (remember every smell is the same to a parosmic) so I couldn’t work out if it was just a nice whiff of my washing, remnants of the perfume I was wearing, or if there was a gas leak, or if the building was on fire, and there was nobody there for me to ask. It was pretty frightening.

This confusion, this uncertainty, this loss of familiarity with my surroundings was the worst part of Parosmia. It became a bit of a joke between me and my friends and colleagues that I’d be stopping people mid sentence to declare ‘I have a smell’ and making them explain/describe it to me.

I was determined my brain would relearn to smell. And I wasn’t going to let it beat me.

I tried to explain Parosmia to a friend recently. I wanted them to really understand how bad it had been, but nobody can understand The Black Cigar because they’ve never smelt it. I used an analogy with a different sense for some perspective -

Imagine Parosmia was actually an attack on your hearing, rather than your smell. It would be the equivalent of a fire alarm going off in your ears, all day, every day, with no breaks. Sometimes you can hear other sounds, but the fire alarm is always there. Doesn’t matter if you play some loud music, or try to use a different sound to mask it, the fire alarm is still going off. When you go to bed at night, close your eyes and try to sleep, the fire alarm is STILL going off. Imagine trying to sleep through that; to live a normal life with that going on constantly, when you can barely think straight.

There were many nights I cried myself to sleep when the Parosmia was bad. I just wanted it to stop. But it doesn’t. It doesn't even give you an hour off.

I wanted to understand more about Parosmia, so I carried on reading. I found a like-minded community through Abscent, and I took great solace in our shared experiences. I devoured articles, listened to podcasts, and followed a lot of people on twitter!

I saw that smell training might help. Rather than give myself a particular set of smells to train with, I built smell training into every minute of every day. Every time there was a smell I couldn't understand, I would get someone to tell me what it was, and I went back in time in my mind to pre-Parosmia and I tried to recall everything about that smell, to remind my brain. I did this with every smell I encountered, every moment of every day.

I really started to think very hard about smells.

And I stayed positive. I tried to describe it to friends with humour, and I kept telling myself to be thankful. I was here, I was alive. I’m a keen runner and cyclist, I could still do those things. In fact, I could still do all the things I enjoyed, just with the smelly fire alarm going off! But I could do them.

I was relentlessly optimistic, I shared my optimism online, I manifested it somehow. And I refused to be downbeat about it. There was no reason I wouldn’t recover, and I clung on to that. I didn’t stop doing anything. When the thought of restaurants filled me with dread, I pushed it to the back of my mind and I went. And I celebrated every small victory. Parosmia, for me, definitely came in waves, some days it was unbearable, some days not so bad, I’d never really know what I was waking up to. So I’d get up everyday, reset, and get on with it. Stay positive.

It wasn’t easy. I struggled to cope with the uncertainty and it terrified me to think that I might never recover, and this could be my forever. Friends couldn’t understand and I was sick of trying to explain something that was impossible to explain; something I couldn’t even understand. If Parosmia hadn't happened to me I’m not sure I’d have believed it was even real, never mind that it could be as bad as it truly was.

I tried to contact my GP, who’d never heard of it. I wanted to be seen, and I wanted Parosmia on my medical record. Every time I mentioned that it was smell related the surgery just kept telling me I had COVID again, even though I’d repeatedly tested negative. It was a fight to get heard. There’s a long way to go here - to raise awareness of Parosmia and for it to be taken seriously.

I reached out to a local wellbeing service provided by the council, they gave me six weeks of CBT to help me manage some of the anxiety. It helped. I was able to recognise when I wasn’t really thinking clearly, and keep perspective. Take all the help you can get. Parosmia is physical - yes, but the mental distress it can cause shouldn’t be underestimated.

I’m almost a year into Parosmia now. Am I fully recovered? No. Am I living a normal and happy life again? Yes.

I have ‘new’ smells now. So, for example, I know coffee is coffee again, but it isn’t the same coffee as pre-Parosmia. It also isn’t The Black Cigar! Occasionally The Black Cigar appears, but mostly now I can identify smells for what they really are, even if they aren’t quite right.

Smells don’t get stuck in my nose, and it’s been a long time since I cried myself to sleep. I can smell my perfumes again (sometimes they all smell sort of the same, but I know it’s perfume).

Some things have a new smell, but that’s kind of an adventure. I find it fascinating. It’s not a horrible smell, it’s just not quite right, but I know what it is. I know that’s hard to make sense of, but that’s typical parosmia.

Parosmia was/is one of the most difficult things I’ve ever been through. It’s frightening, isolating, lonely and uncertain. But it does get better.

There could be a tidal wave of parosmics coming post-pandemic and it’s vital we take time to understand this condition, how debilitating it is, and raise awareness of it - particularly within the very services we reach out to for help. It’s scary enough having parosmia as it is, never mind not being listened to or believed.

I want to end by telling you it really does get better. Hang in there, be positive. Make sure you continue to enjoy life, in whatever small way you can. Really ‘think’ about smells again, and have faith in your brain. Join online communities, ask questions, look for answers, do research. Talk about your own journey, and find your own ways to describe your experience. It’s important we keep talking about it, and hopefully, one day, we can all fully extinguish our ‘Black Cigars’.